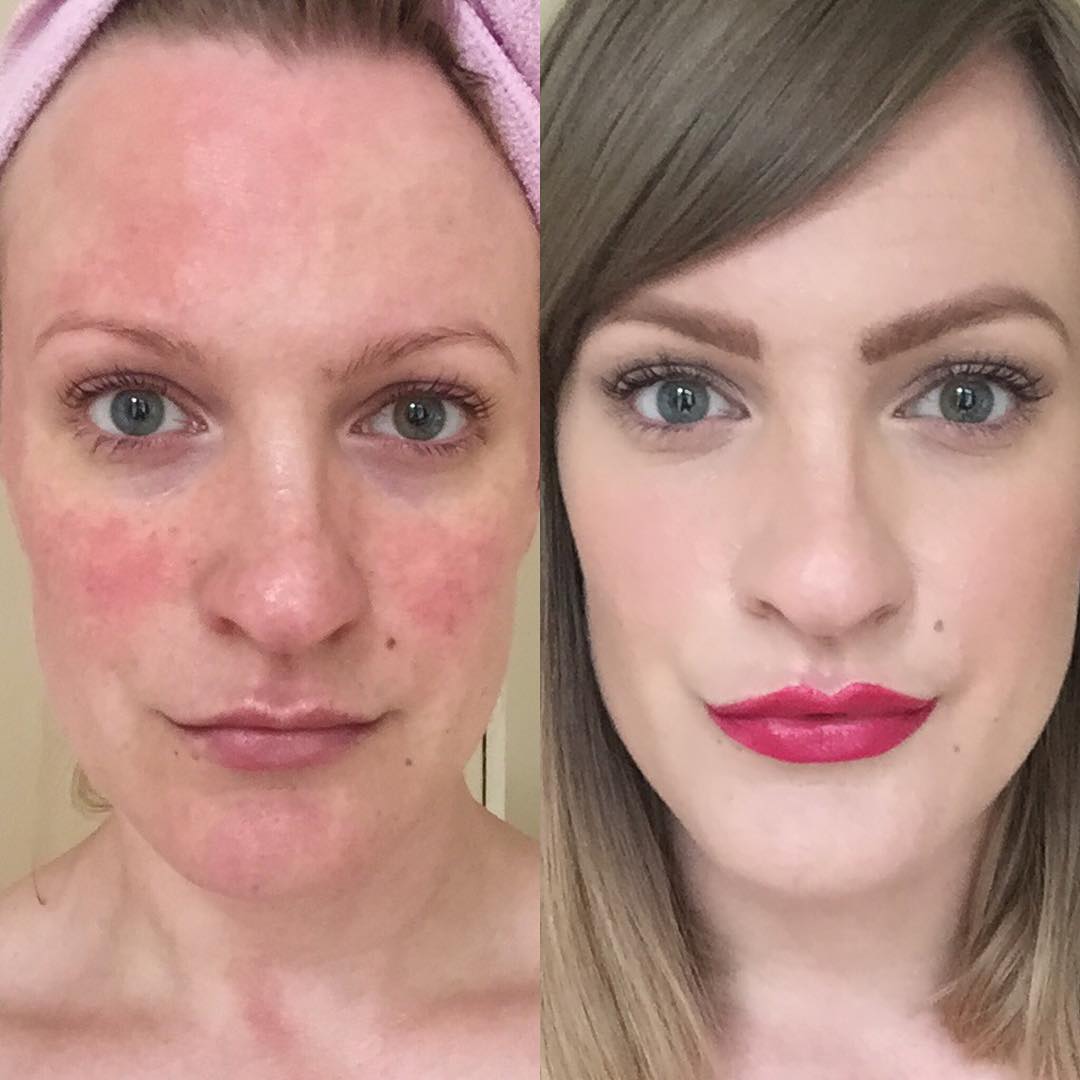 Rosacea (pronounced “roh-ZAY-sha”) is a chronic and potentially life-disruptive disorder primarily of the facial skin, often characterized by flare-ups and remissions. Many have observed that it typically begins any time after age 30 as a redness on the cheeks, nose, chin or forehead that may come and go. In some cases, rosacea may also occur on the neck, chest, scalp or ears. Over time, the redness tends to become ruddier and more persistent, and visible blood vessels may appear. Left untreated, bumps and pimples often develop, and in severe cases the nose may grow swollen and bumpy from excess tissue. This is the condition, called rhinophyma (pronounced “rhi-no-FY-muh”), that gave the late comedian W.C. Fields his trademark bulbous nose. In many rosacea patients, the eyes are also affected, feeling irritated and appearing watery or bloodshot.

Although rosacea can affect all segments of the population, individuals with fair skin who tend to flush or blush easily are believed to be at greatest risk. The disease is more frequently diagnosed in women, but more severe symptoms tend to be seen in men — perhaps because they often delay seeking medical help until the disorder reaches advanced stages.

Although there is no cure for rosacea and the cause is unknown, medical therapy is available to control or reverse its signs and symptoms.   Hair & Skin uses light therapy to control Rosacea with minimal discomfort. Clients can expect noticeable improvements immediately after one treatment.